Reflections on the events of Ta'if 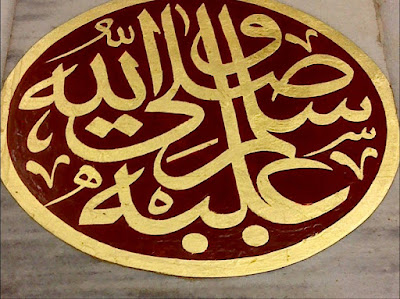 
We were reflecting on the events of Ta'if; the Prophet (peace and blessings of Allah be upon him) went to the leaders of the city to call them to Islam. The leaders rejected him and commanded the people to stone him. He was chased out of Ta'if to a garden; in which he found shelter from the people.


Sheikh Atabek informed us that the distance between Ta’if and the garden was three miles. The average runner takes between 8-12 minutes to run a mile. So to run three miles it could have taken anywhere from 24 to 36 minutes to cross.

We know, from hadith, that he fell and was picked up by these people who threw him out of their city. Anyone who knows the sport of boxing, a round of boxing is three minutes, three minutes which can break or make a boxer, three minutes is a long time in the ring. If we say that it was 3 minutes than that’s twelve rounds with a break; which is 24 minutes. No boxing association would ever allow a fight to last that long without breaks inbetween rounds.

It would take the average person twenty minutes to walk a mile, at a pace of three miles an hour. So to walk three miles it would've taken one hour. One hour of people throwing stones, shoes, throwing punches, kicks at you, could you take it?

Also, we know that he did not run all the way and his blessed blood reached his feet; due to the intenseness of the wounds and the bleeding. Zayd ibn Harith (may Allah be pleased with him) was there and tired to shield him as best as he could but he could not prevent this.


Of course these are estimates we could never know the true extent of the wounds and the distance that they chased him over. Of course we know that the angel Gabriel came with the angel of the mountains who wanted his say so to destroy the village. He refused, he actually prayed for their guidance, they stoned him and he did not return their evil. They had beaten someone calling to Allah, which is the worst evil you can do, and returned it with good. This is one of greatest attributes of the Prophet (peace and blessings of Allah be upon him) that he never returned evil with evil, he returned it with good. A fire is never put out with fire; it is put out by water.

What would you do in the same situation? He prayed for their offspring, from something evil, good came; many scholars would come from Ta’if but look at what he did. He had mercy on polytheists, think about it, people who are in the depths of ignorance, who have their hands red from stoning a Prophet, he does not curse them, they are not destroyed rather they are prayed for. This is the supplication the Prophet (peace and blessings of Allah be upon him) made:

اللهم إني أشكوإليك ضعف قوتي وقلة حيلتي وهواني على الناس يا أرحم الرحمين أنت رب المستضعفين وأنت ربي إلى من تكلني؟ إلى بعيد يتجهمني أم إلى عدو مكلته إمري إن لم يكن بك غضب علي فلا أبالي ولكن عافيتك هي أوسع لي أعوذ بنور وجهك الذي أضاءت له السموات و الأرض وأشرقت له الظلمات وصلح عليه أمر الدنيا والأخرة من أن ينزل بي غضبك أو يحل علي سخطك لك العتبى حتى ترضى ولاحول ولاقوة إلابك
“O’ Allah, I complain to you of my insufficient strength; my deficiency of stratagem; my debasement before people; O’ most merciful of the merciful; you are the Lord of the subjugated and you are my Lord; there is no deity except you; to whom have you left me? To a stranger who attacks me? Or to an enemy who refrains this affair? If you are not angry with me then I am not concerned; although your well being upon me is vast. I seek refuge in the light of your countenance which lightens the heavens and the earth and illuminates the darkness; by it the affairs of the world and afterlife are correct; lest your anger befall me or your cause your wrath to return until pleased; there is no might or power except by you.”

He desired good for them not just good but guidance. How many non Muslims do we know who have stoned our Prophet (peace and blessings of Allah be upon him)?

Can we not wish good for all of them?

Why don’t we pray for them?

Email ThisBlogThis!Share to TwitterShare to FacebookShare to Pinterest
Labels: Patience, Sheikh Atabek Shukurov Nasafi, The Description of Prophet Muhammad (peace and blessings of Allah be upon him), Tolerance