Scribbled by Sh. Arfan Shah at Wednesday, January 31, 2018 No comments:

Scribbled by Sh. Arfan Shah at Wednesday, January 17, 2018 No comments:

Scribbled by Sh. Arfan Shah at Wednesday, January 10, 2018 No comments:

Scribbled by Sh. Arfan Shah at Thursday, January 04, 2018 No comments: 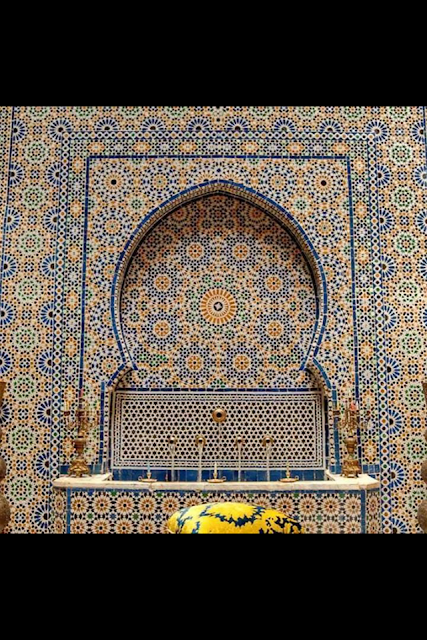 When I first heard the term Islamophobia, I thought it was a joke. However, racism is real and it is real in social media. Comedian Ricky Gervais said that social media is like reading the graffiti in public toilets or words to that effect. We should remember that we take a look into it.

Unfortunately, all types of racism are dealt sternly except real racism against minorities and Muslims. Social Media in general must do more about banning people for sprouting racism and hate speech on their sites. Greater security must be taken by the sites because many of those who get banned just open new accounts. This is something that social media needs to address or face being another facet of hate media.

Recently, I have seen many things that have caused me concern. The anti-Islamic brigades are in full force and are posting away across the internet.  So what should our reaction be to such people? Often, they operate with false names so be careful whom you add as a friend. Only add people who have an acquaintance with or those who you want to know. Avoid all those tempting friends who you want to know.

Know and realise this fact: some people are employed to spew hate speech about Islam. They are masters of copy and paste.

This is done to influence others and maintain the current climate of mistrust. I.e. demonise all religions and of course demonise Islam and Muslims.

Bar or block them as soon as their antics become clear. Report them but do not hold any hope that they [the sites] will listen. Know that debating such people is a waste of time and some might have Muslim names but are not Muslim. I rather stubbornly argued with someone for some time and we did not get anywhere. It was not a good use of my time and nor good practice. To save yourself from this simply block and report them, then get on with your day.

They deliberately mistranslate the Quran and then present these before you to confuse you. To actually go through each wrong translation would take time and if you do not have the knowledge then it could confuse you. Wrong translations such as NJ Dawood are used. If this occurs, seek out a teacher (a smart one) and clarify the confusing matters.

They use unsound logic and highlight rare or abrogated matters to confuse you. You might be able to find some answers online but you will have to ask a teacher.

Most of all know that they carry darkness and if it affects you, it is because they have more darkness than you do light. You need to seek light to dispel the darkness.

Many a time, all you need is an explanation that is brought to your understanding. I have a blogger contact form that is always open for you.

Do not let their actions bother you and walk on from the slander. And this is what it all is, slander.

As for people leaving Islam

Often people leave because they confused at certain matters, been harmed or are seeking a worldly advantage. Some people do not want to be associated with violence because of Daesh. Some people are even changing their names. Their stance is flawed and erroneous. No real Muslim wants to be affiliated with them. Yet, no one blames the invasion of the region for its creation! So why was Islam to blame for this? Only when this region was destabilised did it cause a vacuum that spit this out.

Historically, countries have always gone to war for resources; then why is religion to blame? When it was not the cause of invasion. Lost the ability to think have you? Me thinks!

If you sit there and listen, day after day to brainwashing headlines. You will be eventually be affected by them. So choose different media that does not spew hate. And do not buy the media sprouting hate nor use their websites.

If everyone was to learn more about Islam and the Prophet Muhammad (may Allah bestow peace and blessings upon him) they would see clearly that Islam has nothing to do will killing innocents at all. One of the five purposes of the sacred law is to protect life and not to end it!

Even with all this hate there are good people telling the truth and people are still becoming Muslim. Know that there are lots of Non-Muslims against the manner in which things are reported today.

It is wrong to discriminate [or harm] the innocent, verbally or physically. The victims of this hate are often people who have nothing to do with it.

Scribbled by Sh. Arfan Shah at Wednesday, January 03, 2018 No comments:

Scribbled by Sh. Arfan Shah at Wednesday, January 03, 2018 No comments: