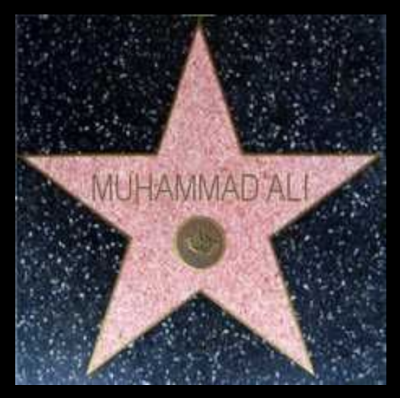 One of my earliest memories of the sport of boxing was hearing adults talk about Muhammad Ali. At the time, I was too young to know the significance of man who I would never meet but whose influence was felt by all around me.

He was the boxer who claimed to float like a butterfly and sting like a bee. He was seen as arrogant and an upstart to many. It is easy to forget that he was very unpopular in the west because of the way in which he spoke. This was a manner that the racists found distasteful to say the least. It was only after the fights that he had with Joe Frazier that opinion of him changed. He began to attain acceptance from a wider audience as his boxing career dwindled.

He would often refer to himself as 'the greatest' this was more a taunt to opponents to make them fear him. Rather than to be understood literally but he was the greatest boxer to ever be, as far as many people are concerned. He was with Malcolm X in the 'nation of Islam' group and switched when they found Sunni Islam. He had changed his name from Cassius Clay to Muhammad Ali. He made the claim that Clay was a slave name and that he is not a slave. Like many whose family identities were stolen in the cruel chapter of slavery. Ali chose to determine his life, his present and future.

His greatest fight was outside the ring with Parkinson's disease. He battled hard in that fight for longer than he was in the ring.

Ali also negotiated with Saddam Hussain for the return of several hostages before the gulf war. He stood up after 9/11 and shook whilst speaking about what Islam is and not what the grim picture that the media painted. His courage was never abated and despite his illness, he was still a champion. Fighting for his people and fighting for the truth.

He was perhaps the greatest callers of Islam in America because many heard about it at his hands. The hands of a boxer.

Reflecting on his life, I realised that he had been fighting for most of his life. He fought the racists in the ring and the disease outside. He refused the draft of Vietnam because he did not see them as the enemy. I wonder how many of us would have the courage to speak up in difficult times. How many us would dare to speak the truth?

He changed the sport of boxing forever and remains its greatest influence. Even though there are many good boxers, there was truly one that was the greatest.

May Allah shower your resting place with mercy, dear Muhammad Ali your fight is over, you can rest.