Scribbled by Sh. Arfan Shah at Monday, July 30, 2018 No comments: Links to this post

Scribbled by Sh. Arfan Shah at Sunday, July 22, 2018 No comments: Links to this post

Traits of The True People of Tasawwuf (10)

Scribbled by Sh. Arfan Shah at Wednesday, July 18, 2018 No comments: Links to this post

Traits of The True People of Tasawwuf (9)

Scribbled by Sh. Arfan Shah at Sunday, July 15, 2018 No comments: Links to this post

Traits of The True People of Tasawwuf (8)

Scribbled by Sh. Arfan Shah at Thursday, July 12, 2018 No comments: Links to this post

Traits of The True People of Tasawwuf (7)

Scribbled by Sh. Arfan Shah at Tuesday, July 10, 2018 No comments: Links to this post

Traits of The True People of Tasawwuf (6)

Scribbled by Sh. Arfan Shah at Sunday, July 08, 2018 No comments: Links to this post

Traits of The True People of Tasawwuf (4)

Scribbled by Sh. Arfan Shah at Tuesday, July 03, 2018 No comments: Links to this post

The Prophet (peace and blessings of Allah be upon him) said, “The world is the prison of the believer and the paradise of the disbeliever.” 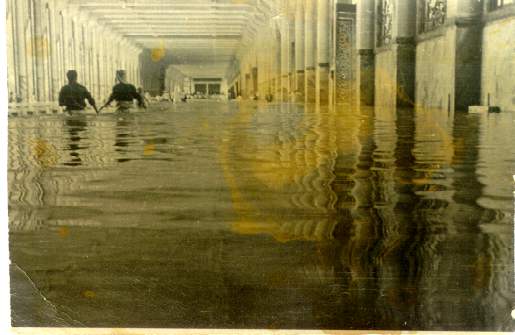 The above hadith clearly explains the world is a prison for the believer. He is limited, restricted and oppressed in the world. He might not be able to do the good he wants to do. He will be beset with problems and sedition. Then he might look at the disbeliever and see him without restrictions, he can do whatever he wants, whenever he wants, he has the big house, the big car, the big kids and the big wife. The believer, on the other hand, might not have any of these. So why is this?

Should not believers be in the best state and the most money, is not that a sign a love? This is one of great errors of humanity. They think by having wealth, property and businesses means that God loves them. These are temporary and will end in a short while.

Now look at the believer who is beset with difficulties and hardship, is he detested by God?

Ponder now the worldly life of the prophets (upon them peace). They all had jobs they were farmers, traders, shepherds and kingship etc. They had different difficulties: mistreated by people, slandered, killed, harmed, loss of life and loss of family etc. Did not Allah love the Prophets? Well, of course. So why these difficulties? They were for a divine wisdom. Most of all they are our teachers and as such, if they were not given tribulation then we would not know how to deal with our own problems.

From this, realise that having something is not a sign of love. Most people are closer to Allah in tribulation than blessing and that is why we often do not get what we want.

The fact someone has possessions does not mean love. It might be a tribulation because they cannot give gratitude for their blessings and their tribulation overcomes them. In Surah Al-Kahf (18), Khidr (upon him peace) took the life of an innocent child. This action did not make sense until it was seen in long vision of the afterlife. The child would grow up to disbelieve and become a severe tribulation for the believing parents. We would not realise the blessing of this tribulation but we have to trust Allah and have good opinion of Him. He handles our affairs better than us, so do not fret.

So do not worry about your problems, breathe with me and let us move on to pastures new. 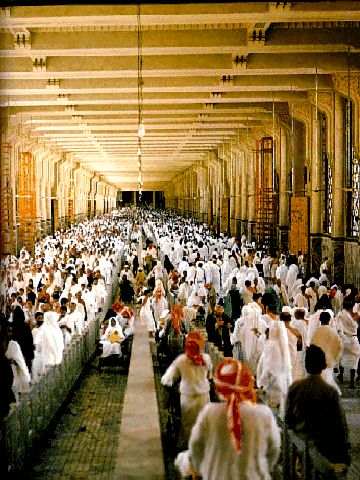 Scribbled by Sh. Arfan Shah at Tuesday, July 03, 2018 No comments: Links to this post

Email ThisBlogThis!Share to TwitterShare to FacebookShare to Pinterest
Labels: Articles 2018, Temporary and permanent

Traits of The True People of Tasawwuf (3)

Scribbled by Sh. Arfan Shah at Sunday, July 01, 2018 No comments: Links to this post

Email ThisBlogThis!Share to TwitterShare to FacebookShare to Pinterest
Newer Posts Older Posts Home
Subscribe to: Posts (Atom)
"Therefore, give glad tidings to My servants, who hear advice and follow the best thereof."
Quran 39:17-18.