Women's reward in Paradise in Islam 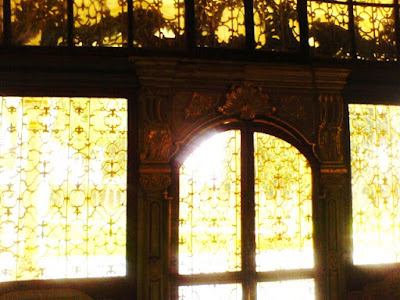 
We were asked this question a number of months ago and gave what we thought was a reasonable answer but it has now become clear that more explanation is needed. What was the question? What is the reward of Muslim women in paradise?

Partly due to the inflated responses of some men, we have been compelled to write about this issue and I shall endeavor to clarify any misconceptions. Some men seem to think that it is absolutely fine to boast about the reward that they will get in paradise then put down any females by assuming that their reward is little. They say that they are going to get seventy two virgins and the woman will receive very little reward. A woman who asked us this question almost questioned if there was any reward for women in paradise. This came as a shock to us and we had to start to search to find answers.

“Whoever acts righteously, whether male or female, and is a believer, him verily we shall revive with a goodly life.” (The Bee 16:97)

Gender has no relevance when striving for paradise. Also note that the women here are included in the vast reward. So what could we get in paradise? The Messenger of Allah (peace and blessings of Allah be upon him) said, “In paradise there are things that no ear has heard, no eye has seen and no one could contemplate.” (Muslim 2825)

So women like their male counterparts will get their share of what they have strived for in the world and this will not be lost.

“So, whoever does the smallest good act will see it.” (The Earthquake 99:7)

What about in Paradise?

“For them, with their Lord, there is what they wish. That is the reward of those who are good in their deeds.” (The Troops 39:34)

We do not need to emphasize that this is for all the inhabitant of paradise; that they will have whatever they wish for and if they do not want something then it is their choice. It is your paradise and you can choose to have whatever you wish.

It is also narrated that the believing women of paradise are superior to the maidens of paradise by seventy degrees. (Tafsir As-Sharbini Vol 4 p. 181)

They said that they will have a ‘hut of women’ and whatever their wills desire of carnal pleasures. They based their claim on this hadith:

Abu Sa’eed narrates that the Prophet (peace and blessings of Allah be upon him) said, “The lowest station of the inhabitants of Paradise will attain eighty thousand servants, seventy two spouses and erected for him is a dome of pearls, chrysolite and ruby, similar to the distance between Al-Jabiyyah and San’a.” Narrated Imam At-Tirmidhi with a sound chain – Hassan Gharib.

Whenever I get a question that confuses me I try to look at the original sources and then use this as a base for my answers. Now their claim is that men get this reward and not the women. My first problem is that the hadith says ‘Ahl Al-Janna’ which we have translated as the inhabitants of paradise. Does this not include women? It must and it must also include Jinn. Note the hadith is Hassan Gharib which is a hadith that has a sound chain but has come to us from two chains of narrators. The next problem is the word ‘zawjah’ or spouses, which has been translated as women. We can understand this but if you look towards the rules in Arabic for the use of the number seventy, which precedes it, what follows must be a feminine singular noun. This leads us to say that this hadith includes women and Jinn, for the above reasons, to have multiple partners in paradise.

We can also examine the Quranic chapter the Heffer (2:25) which states, “They have purified partners, in there, and abide therein forever.” Partners (azawaj), as Zaynab Ansari rightly pointed out, is not gender specific.

I would like to say this issue is somewhat a distraction to the concern that we should have which is what are we doing to make ourselves worthy of attaining it. That is what we shall be concerned with.

It really annoys me when some men deem deen to be a ‘man’ thing and that the women should stay at home. This is one of the reasons why men are no longer what they used to be because we have no women who can teach them the religion! If there are facilities for women then use them and accommodate them because other groups will get them and then where would we be!

So please brothers do not make Muslim women’s life harder by pointing out how many partners you will have and remember that they will have what they wish for as well. Paradise is for everyone and in paradise women will be rightly rewarded for putting up with us men!! Hmm, that reward could be endless if they are anything like me!

Abu Hurayrah (may Allah be pleased with him) narrated that the Prophet (may Allah bless him and grant him peace) once said, "Whoever enters Heaven shall find comfort and no distress; his garments shall not grow threadbare, neither shall his youth ever come to an end. In Heaven there shall be that which no eyes has seen, no ear has heard and which has never occured to mortal mind."

There is no distress, no pain, no sadness in Paradise.
Please see our 40 Hadith about Women in Islam which answers many difficult questions about women and hadith. It also contains all the articles we have written about women and Islam
UK customers click here
USA/Canada customers click here
See my translation of a book about Paradise -What no eye has seen
Click here
Can women visit graves?
http://sheikhynotes.blogspot.co.uk/2017/01/can-women-visit-graves.html

Treatment of Women in Islam
http://sheikhynotes.blogspot.co.uk/2012/05/treatment-of-women.html

How the Prophet (may Allah bestow peace and blessings be upon him) treated women
http://sheikhynotes.blogspot.co.uk/2016/04/how-prophet-treated-women.html

You can donate to Sheikhy Notes charity which aims at setting up a teaching school and producing quality books for Muslims to learn their religion.
Please click on this link
https://www.paypal.com/uk/fundraiser/charity/2392770

free counter
Abu Al Abbas Al Mursi said, "All the Prophets were created from mercy: however our Prophet (peace and blessings be upon him) is mercy itself."

Join us on twitter! https://twitter.com/#!/ArfanShah
Ibn Ata'llah said, “People praise you for what they suppose is in you, but you must blame your soul for what you know is in you.” Hikam number 142