Our way of life and the Niqab 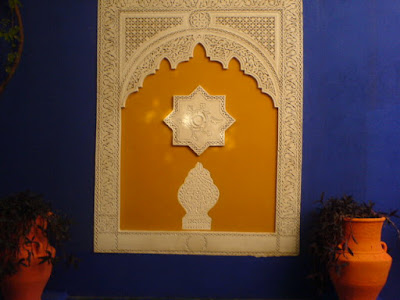 One of the most striking Friday sermon that I ever heard was made by an Imam over eight years ago. It was at a time in which Islam was facing much slander. Every media outlet possible were all talking about these ‘crazy mozlems’ who had the audacity to attack on their soil. This was, of course, referring to the events of 9/11.

Every detail about this religion was being examined and part of the vitriol that some politicians launched against Muslims is that they (Muslims) wanted to change their way of life. It seemed like a strange statement because many Muslims are living the ‘American way of life’ and more comfortable with that than than other ways.

Some politicians used this as part of their war mongering tactics, to incite emotions to go to war. That the Muslims wanted to change the way that Americans live. Statements such as; are these crazie guys trying to change our way of life! How could they when they are on the other side of the world?? So the appropriate action for those ‘sane’ guys was to invade a country and then force the American way of life over them! Hypocrisy anyone? Hypocrisy is a sign of oppression!

Going back to the Khutba he spoke about the above and he rightly pointed out that this was not a new ploy, this was an old one. Perhaps it’s part of the false claims of those who oppose Prophethood make.

This was the claim of the pagans against Islam in its early days; they opposed it as it went against what their forefathers had taught them and they claimed that their religion was being insulted. Religion was a way of life to them and particularly trade. Islam cannot be separated into boxes then neatly filed away as it governs every part of our lives and if we abandon it then we are not using the clear path shown to us.

We live our lives separated from the reality that we are intertwined and inseparable. We all, like it or not, are interdependent on each other and this is not as simple as it seems. No one has the right to force a way of life upon anyone and nor should they yet we have many wrongs in our societies now.

We are not free in these societies because we are influenced by everything around us to make certain lifestyle choices that are in line with our passions. Thus we are being controlled into making decisions based on debasing ourselves as human beings.


So what is our way of life now?

We are not looking up to the heavens we are looking down on the ground! We service our egos and we service our base passions until they we are exhausted then we try again and again. Some of us are really lost. We are controlled by the adverts we see and we buy products that we have no need for constantly ‘bogof –ing’ in the supermarket. We dine without realising the misery that others are in.

So in this western liberal society, in which women are encouraged to display their wares for all to see, comes the veiled woman. Not just her hair but her face as well! How can this be? This bucks all our trends!

The Niqab is seen as something extremely negative in the west and it has not been portrayed by us, the Muslims, correctly.

We often see women who wear Niqab as oppressed by their men folk. I used to think this was a fallacy but there are some animals who claim they are men who do force their women to cover up. And there are also different types of animals who force their women not to wear the Hijab. Both of these types of men are different types of the same animal and both should be caged up so we don’t have to deal with the damage they cause.


Reasons for wearing the Niqab

Firstly, the decision was something very common for righteous women to cover their faces in the presence of strangers. Aisha (may Allah be pleased with her) was known to cover her face when answering the door. One of the main reasons for this was to dispel tribulation that could occur if a male saw an attractive female. So this was seen as an act done in order to protect women, similar to the Hijab. However the male as always has the responsibility to lower their gaze.

The rulings differ from place to place especially if there is a danger that a woman may be attacked then it would be necessary for her to wear it. It is by no means obligatory, in normal circumstances, but if a woman is in a place where the majority of women are wearing it, then one would be advisable to wear it. So depending on the place the rulings can change, especially if there is danger that a woman could face.

Some scholars say that this Niqab should be avoided in the west because its negativity cannot be overcome.

There are women who feel nervous because they cannot understand why women wear black from head to toe. Black is seen as a colour that does not attract men so that is why black is worn by many. Although again black is associated in the West with death and other negative aspects so there is a clear clash here.

The Niqab was also something women in the Arabian Peninsula used to wear when they travelled from one place to the other. This prevented them from being harassed or even attacked by robbers. Also note that men would also cover their faces when travelling to avoid getting sand into their mouths. And in some cases they would cover their faces in battle.

There are many other reasons why a woman may decide to wear the Niqab and as long as she has decided to do, without any force, then I support their decision. The Niqab is like an extension of the Hijab in many respects and this could be a reason why a woman is wearing it.

I have worked with women who wore the Niqab and they did not seem oppressed by their men in fact them seemed to be similar to those without. They were confident and they communicated clearly.

So if you work with a woman who wears a Niqab then know she is most likely not oppressed but that wearing the Niqab is her choice and that you should not treat her like she is oppressed.

In our country that we cannot understand why a woman would decide not to wear revealing clothes and instead chose to cover herself up. This is a sign of decency and should not be seen in a negatively. If we respect the right for some to dress indecently then we should accept the opposite if we claim to be just. Banning the Niqab is a sign that decency means nothing anymore. It is a sign that the rights of other religions mean nothing anymore.

It is a true sign that fascism is alive and well because we all have to fit into a certain box so we can be packaged and sold. To force others into wearing or not wearing certain clothes is a sign that the freedoms of these countries are being eroded. We have a right to worship as we see fit and this includes the right of a woman to wear the Niqab.

You can donate to Sheikhy Notes charity which aims at setting up a teaching school and producing quality books for Muslims to learn their religion.
Please click on this link
https://www.paypal.com/uk/fundraiser/charity/2392770